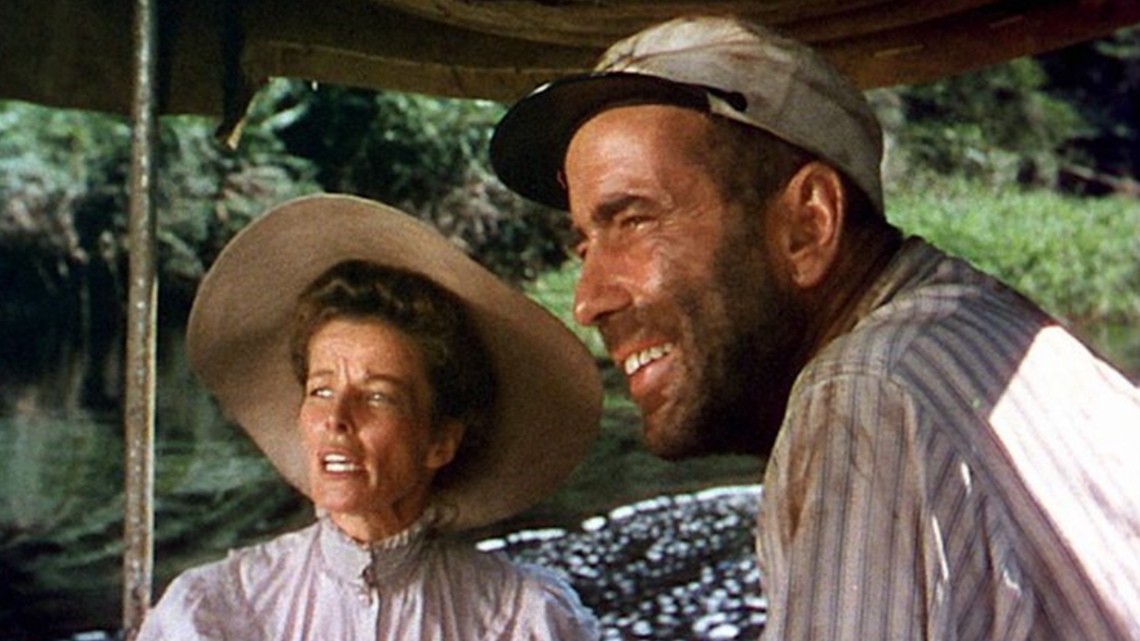 Starring Humphrey Bogart and Katharine Hepburn, the 1951 film is arguably one of the best ever made.

The film will be screened in theaters nationwide on Sunday July 18 and Wednesday July 21.

Humphrey Bogart won the Oscar for Best Actor for his role while Hepburn and Huston were nominated for Best Actress and Best Director respectively.

“The African Queen” was selected for preservation in the United States National Film Registry in 1994.

Featured as part of Turner Classic Movies (TCM) classics by Fathom Events, the film will be presented with fresh perspectives and perspectives from TCM hosts.

“The African Queen” tickets are available at fathomevents.com or at the ticket offices of participating theaters.

The TCM Big Screen Classics series continues throughout the year with “Citizen Kane” and “Willy Wonka & the Chocolate Factory” among the films set to return to the big screen this year.

“Year after year, the TCM Big Screen Classics series has proven to be one of our most requested programming,” said Tom Lucas, vice president of studio relations for Fathom Events in a statement. “We are delighted to offer another exciting film lineup in a variety of genres – from comedies to musicals to award-winning dramas, there is something for everyone.”

> The best stories organized daily just for you! Register for the 9NEWSLETTER to get must-see stories, Next and Broncos content, weather and more at your inbox.

SUGGESTED VIDEOS: Way of the warrior

MORE WAYS TO GET 9NEWS

HOW TO ADD THE 9NEWS APP TO YOUR STREAMING DEVICE

ROKU: add the chain of the ROKU store or by searching for KUSA.

For Apple TV and Fire TV, search for “9news” to find the free app to add to your account. Another option for Fire TV is to have the app delivered directly to your Fire TV via Amazon.