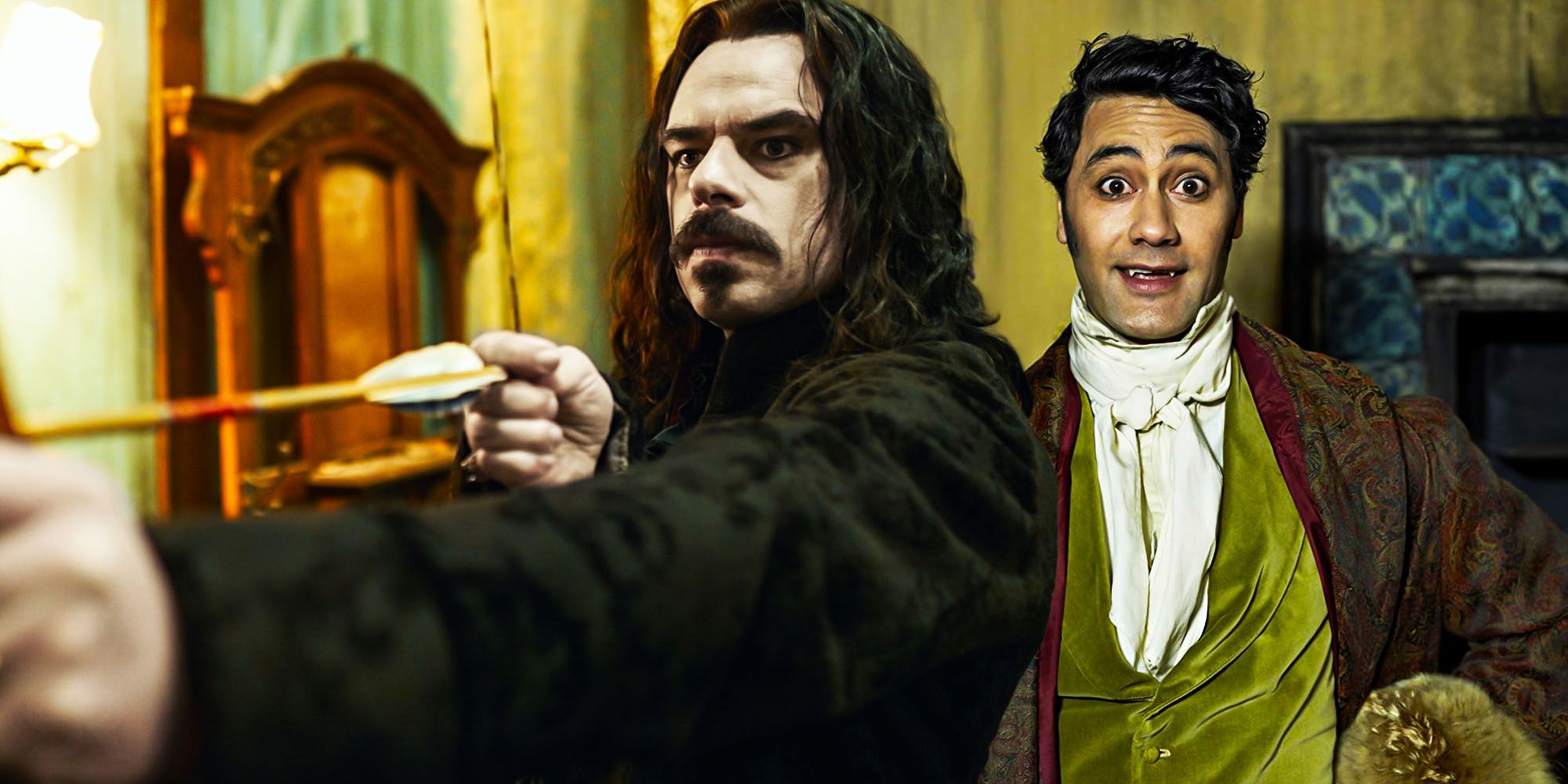 2014 What We Do In The Shadows – Taika Waititi and Jemaine Clement’s hit film based on a mock vampire documentary – started out as a stand-up!

Waititi and Clement were fascinated by vampires in the media who grew up in New Zealand. In an interview with the New York Times, Waititi says he saw Love at the first bite at 7 or 8 years old, while Clément said he was terrified of Dracula’s scars when he was 5 years old. Waititi was interested in making a mock documentary, as the fluid and immediate nature of the format allows for ease of production. It wouldn’t be long before Waititi and Clement found a way to combine these interests – mock documentaries and vampires – on screen – but first, they played with the premise on stage.

Related: The Best Horror Movies Of The Decade

Clement and his friend Bret McKenzie (his Flight of the Conchords partner) once performed a show in Calgary in which Taika Waititi performed standing as a vampire, and Clement heckled him from the audience, also dressed as a vampire. In the Times interview, Clement explained: “I stood up from the audience, dressed as a vampire too, and heckled him.“Waititi replied,”You’ve been heckling me for 250 years!So, the duo first explored the construction of jokes from vampiric conventions (immortality, for example) in this arena. When they developed the idea into a feature film nearly a decade later , they have remained close to the spirit of amateur camaraderie, undoubtedly giving the film its lightness.

The two New Zealand vampire lore experts have finally made the cult classic What we do in the shadows, and while Clement and Waititi may not have really felt like the professionals when making them, they certainly added valuable experience to the project. In fact, Clement described in the interview that he and Waititi continually educate their writers on what vampires can and cannot do. Their background as comedians allowed them to craft well-structured jokes, while their expertise and vampire experience as a small town New Zealander provided the content for these jokes in What we do in the shadows movie.

The What we do in the shadows The TV show is much less involved with Clement and Waititi, but no less creative ingenuity, thanks to its own writing team and talented cast. What we do in the shadows has its humble origins in a mock 2005 short film, which itself owes a creative tolerance to a stand-up routine capitalizing on the vampire niche knowledge of two New Zealand comedians. Looking at these debuts, it’s not hard to see how Waititi has maintained his unique perspective, regardless of the size of the production, and how Clement continues to deliver excellent comedic performances himself.

Next: Every Cameo Of What We Do At The Shadow Vampire Reunion

Why Spider-Man 3’s Venom Was So Bad

Gabriel Ponniah is a filmmaker and writer originally from Columbia, Maryland. He has worked both inside and outside the entertainment industry as a freelance creator and for several production companies in film, television and talent development. Gabriel is delighted with his prominent return to industry work in Los Angeles after graduating from the University of Texas at Austin with top honors in radio-television-film. When he’s not dissecting movies, he’s playing basketball, cooking or cheering on his favorite sports team: the New Orleans Saints.