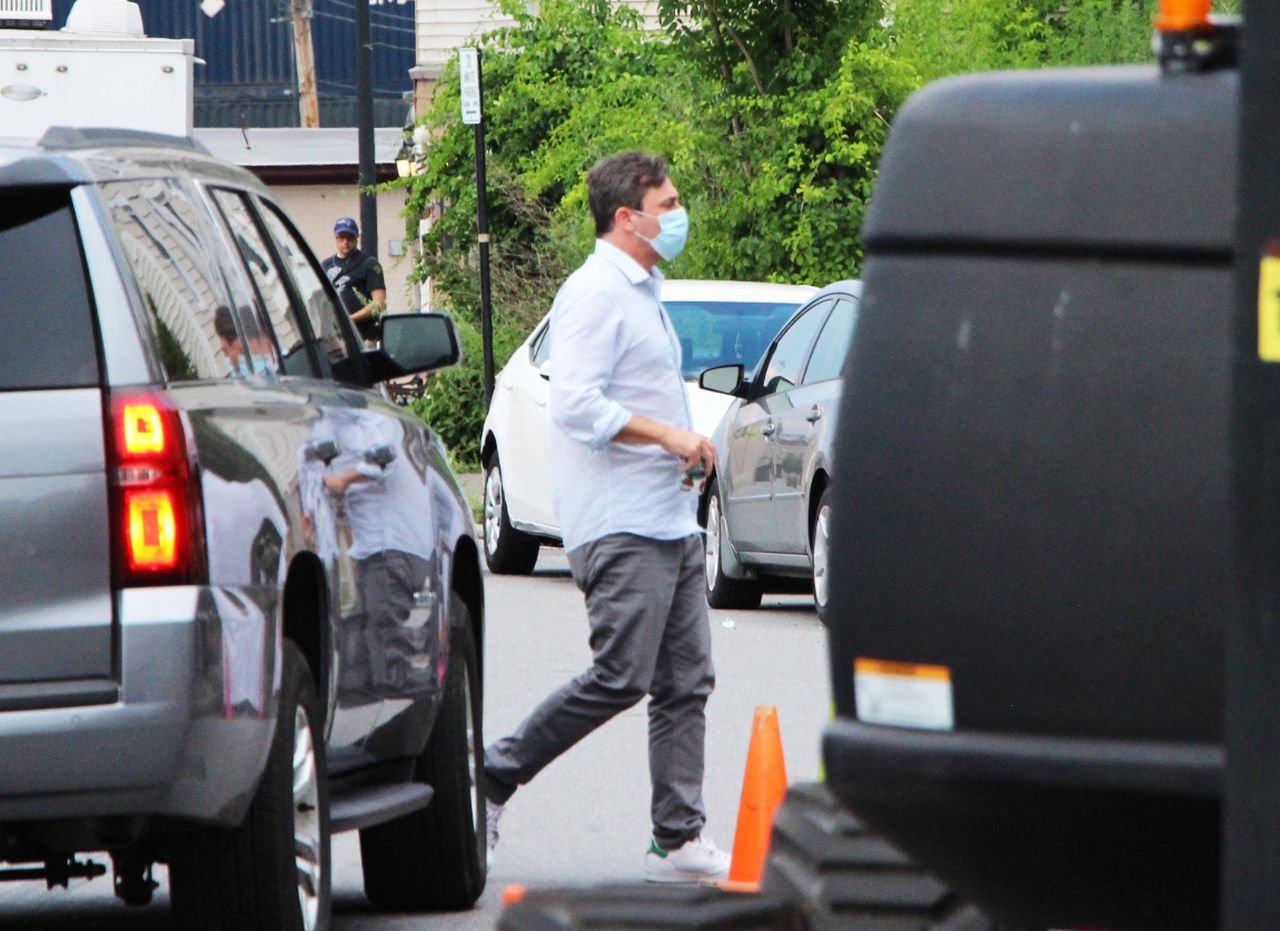 Delaying a pair of autograph seekers on Suffolk Street, Jon Hamm got out of a gray SUV and entered Cicero’s Cafe on Tuesday to shoot a scene for the upcoming movie, “Confess, Fletch”.

Hamm joined his co-star John Slattery, who had arrived seconds earlier, at the bar hours after the originally scheduled shoot in Worcester.

Filming was scheduled to start around 2 p.m., however, Hamm and Slattery arrived just before 7 p.m.

The teams didn’t start organizing the lighting, audio, and other aspects of the set until around 5 p.m.

Cicero’s Cafe was the second stop of the day for the film. Hamm arrived at the Mercantile Center on Tuesday morning and began filming at the Telegram and Gazette.

The film is based on the second book in the Gregory McDonald series, “Confess Fletch,” according to Variety.

Hamm plays a quick-witted investigative reporter originally played by Chevy Chase in the 1985 production of “Fletch” and its sequel “Fletch Lives.”

According to IMDB, the plot to “Confess, Fletch” involves the main character, Fletch, becoming the prime suspect in multiple murders, then attempts to prove his innocence while searching for his fiance’s stolen art collection.

Filming for the film is not finished in Worcester. He will also shoot scenes at the Worcester Police Department.

George Clooney in Worcester to direct the movie “The Tender Bar”

Hamm and Slattery are the latest big names to grab the attention of central Massachusetts. Earlier this year, George Clooney arrived in Worcester to run the “Tender Bar” at the old Walnut Street High School of Commerce.

In May, the “Dexter” crews transformed Colby Avenue in Worcester from a warm, sunny landscape to a frosty landscape filled with snow and Christmas decorations.