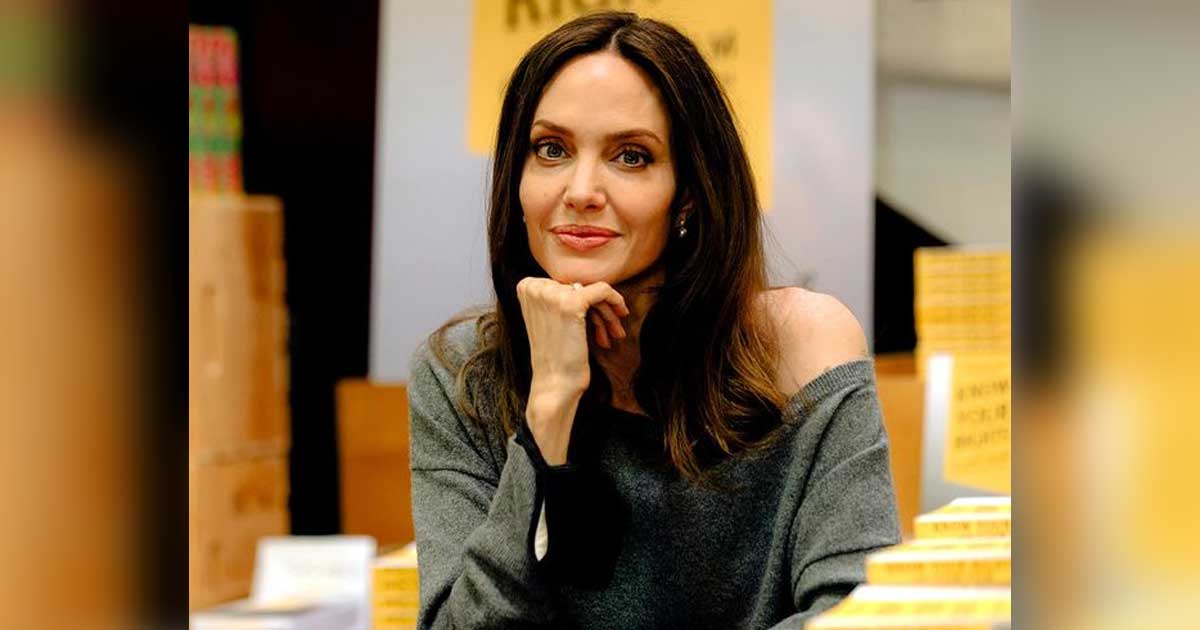 Angelina Jolie is one of Hollywood’s best actresses and there’s no denying that she could give young actresses a run for their money even in their late 40s. The actress’ recent outing is the Marvel Cinematic Universe Eternal movie. The film sees Angie try out the role of Thena – an elite warrior who can form any weapon from cosmic energy.

In a recent conversation, the actress spoke candidly about a lot of things, including her love for India, the culture here, never feeling like a stranger when she visits and most importantly joining Bollywood. Read on to find out everything she said.

In a conversation with the Hindustan Times, Angelina Jolie was asked if she ever wanted to enter Bollywood. To this, the 46-year-old star said, “I don’t know how good I would be. But we all loved that angle (in Eternals). We were so excited when it (referring to actor Kumail Nanjiani , which will bring this filmic touch to the story) made [his scenes]. It was this exciting part of the movie and we thought it was so cool. We loved it when he practiced. It’s a great and exciting addition to the movie.

Speaking of India, loving its culture and not feeling like a stranger when visiting here, Angelina Jolie said: “I don’t know if it’s the density of the population. [or something else], but there is that [feeling of [humanity which is very present (in India)]. Due to the nature (of the country), whether on the trains or on the streets, you feel good [when you are] together.”

The 46-year-old Oscar-winning actress first traveled to India in 2006 to shoot her film, A Mighty Heart. During this time, she engaged in tourist activities, including a rickshaw ride and meeting with refugees from Afghanistan and Burma. Stating that she never felt like an outsider when she visited, Jolie said, “I felt like part of the country. I felt the energy, intensity and humanity. would love to come back soon. You learn from so many different places. I think I definitely made a lot of good friends when I was in India.

How would you like to see Angelina Jolie in Bollywood? Let us know in the comments.