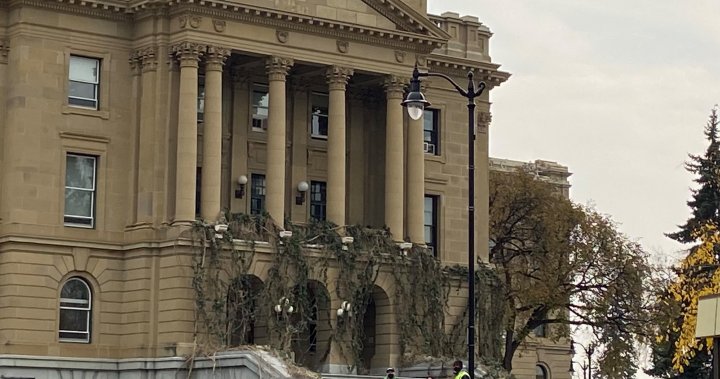 A major HBO television series takes over some streets of Edmonton.

The production not only transforms certain areas of the city to give them a post-apocalyptic look, but it also opens up great opportunities.

Downtown, Rice Howard Way looks like the end of the world, but Edmontonians passing by say the apocalypse has never looked so good.

The story continues under the ad

“Pretty cool, I would say. You don’t always get the chance to see something like this, ”said passer-by Haven Wenzel.

HBO is shooting a new series based on a popular video game called The last of us, and the multi-million dollar television production is filming its first season across Alberta.

‘The Last of Us’ TV series filming in Alberta with ‘Game of Thrones’ cast Pedro Pascal, Bella Ramsey

“We have thousands of people working on this project, from small communities to large communities, and right now they’re in Edmonton. They have the legislature in which they run, ”said Minister of Employment, Economy and Innovation, Doug Schweitzer.

The stars of the show Game Of Thrones actor Pedro Pascal, who plays a character who escorts a teenage girl through a dangerous post-apocalyptic world.

To set the scene, structures like the Legislative Assembly building and streets were transformed.

Schweitzer said it was the largest television production in Canadian history.

“HBO The last of us, their projected budget for Alberta is in the hundreds of millions of dollars, so this is a big, big project, ”said Schweitzer.

The story continues under the ad

“I think it’s great for all Albertans because it’s an economic boost for things like tourism, investment and a lot of businesses are thriving,” said IATSE 212 vice president. , Damian Petti.

The minister said investment in the Alberta film industry has doubled from last year, and he expects more projects to come to us.

This is good news for an industry hard hit by the pandemic.

“We corrected our TV movie and our tax credit. Now we are attracting these big projects like The last of us, and it’s just a victory. They’ve come forward, they’ve delivered and they’re creating jobs in Alberta, and it’s amazing to see this investment come true, ”said Schweitzer.

“I think we’ll see more and more. It’s my goal to help bring that to Edmonton. We’re a great place to do business, ”said Tom Viinikka, CEO of the Edmonton Screen Industries office.

Production is expected to continue until summer 2022.