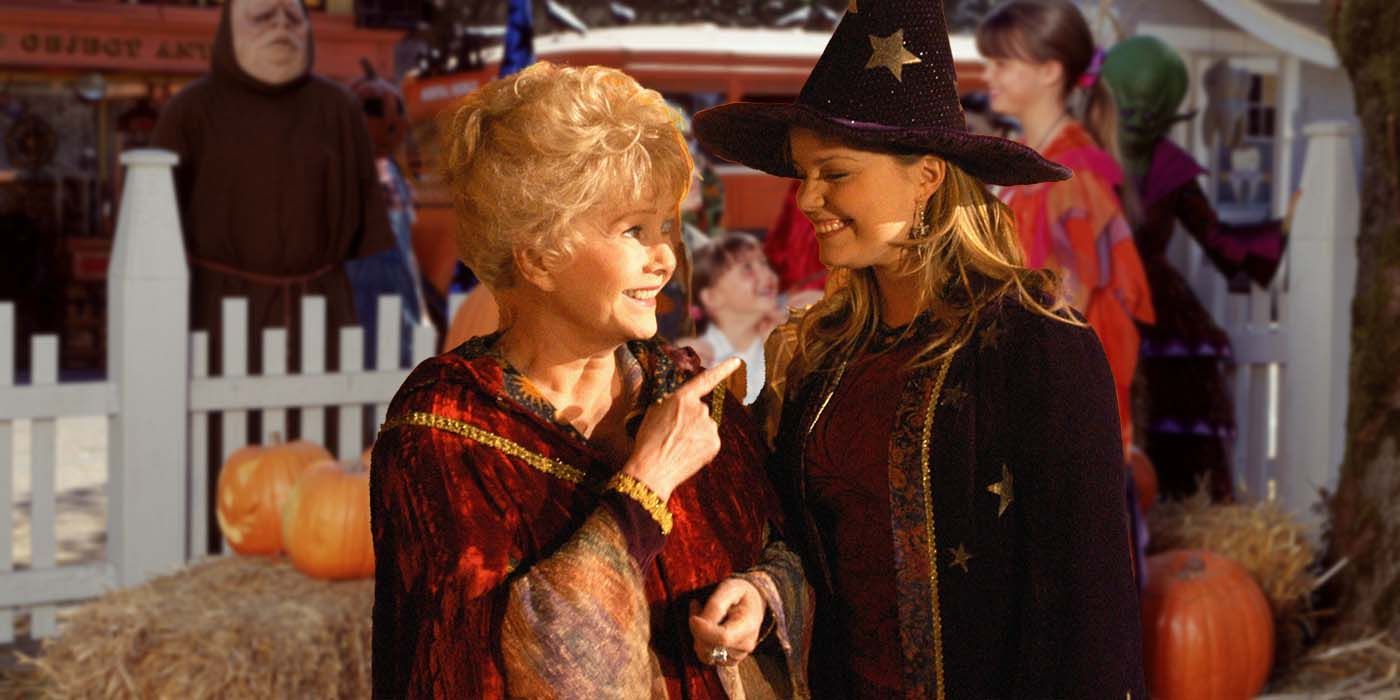 Halloween town Star Kimberly J. Brown has revealed never-before-seen Easter eggs from the original Disney Channel movie. Halloween town cast a spell on the public for the first time when it aired on television in 1998. Brown played the role of Marnie, a teenage girl obsessed with Halloween who discovers that she comes from a family of witches led by her grand- mother Aggie Cromwell (played by legendary Debbie Reynolds). Things change forever when Marnie and her siblings follow Aggie to Halloweentown: an alternate universe that spooky creatures have created as a refuge from humans.

Halloween town quickly gained a spot in the pumpkin patch of holiday classics, spawning several sequels. Halloweentown II: Dead Men Tell No Tales charmed audiences in 2001, pitting Kalabar Kal’s son (Daniel Kountz) as the villain. The follow-up film that followed brought witches, ghouls and goblins to the real world, with Halloween High Town, where Marnie attempted to unite them with humans. Movie number four, Return to Halloweentown, brought some controversy to the dismay of fans, Brown was replaced by Sara Paxton. All four films are a Halloween lover’s treat, with the whimsical town itself serving as the character.

RELATED: Why The Halloweentown Movies Are Remaking Marnie

Kimberly J. Brown recalled the creation of the Halloween town franchisee on The Art of Kindness with Robert Peterpaul Podcast. During the conversation, she revealed an Easter Egg about the franchise that she didn’t think fans had figured out yet:

Brown alluded to the fact that Marnie’s bedroom was a Halloween town a kind of eye spy, with other hidden gems for fans to find. She said they didn’t spend too much time there during filming, so the audience may not have understood the Halloween town tribute book for now. Fans will recall Aggie read the picture book to her grandchildren on Halloween night. Inside there is a drawing of a witch flying over Halloweentown who looks eerily like Marnie. The poster Brown refers to can be seen above.

It’s a wonder why Disney hasn’t transformed the Halloween town pound in a cash cow yet. Audiences would love their won copy of The Magic Children’s Tome. Brown, who cherishes his line of the book, knows this as well as anyone. For this reason, the artist has created his own keychain version of the blanket that fans can purchase from his Esty store, Craftily Creative. With each Halloween season, it seems like the movie’s fandom is growing, so the craving for behind-the-scenes merchandise and goodies is eternal. While four movies have already been made, it’s clear people want more magic.

NEXT: Everything You Need To Know About Hocus Pocus 2

Source: The Art of Kindness with Robert Peterpaul

Does the ending of No Time To Die do Daniel Craig justice?

Robert Peterpaul is a film and television short story writer for Screen Rant. He is currently the host of The Art of Kindness podcast, which aims to feature celebrities using their platform to make the world a better place. Peterpaul has been a professional writer / editor for over eight years, writing for leading publications like HuffPost, Backstage and HOLA! United States, where he was the weekend editor for six years. Robert has also worked on various TV shows and movies including: NBC’s “America’s Got Talent” and “Access Hollywood”. When he’s not writing about entertainment, he’s entertaining. Robert has appeared in films like “King Cobra” by James Franco, television series such as “New Dogs, Old Tricks” by Amazon Prime and advertising campaigns for brands like T-Mobile. He also has a long acting career, making his Broadway debut as a child. Speaking of childhood, Robert’s second home growing up was a blockbuster, where he praised “The Goonies” more times than any customer (always with a side of Sour Patch Kids, of course). His undying passion for entertainment and storytelling continues to thrive. He thanks you for reading and hopes you follow your happiness. You can follow him on Instagram / Twitter @robpeterpaul and at www.robertpeterpaul.com.