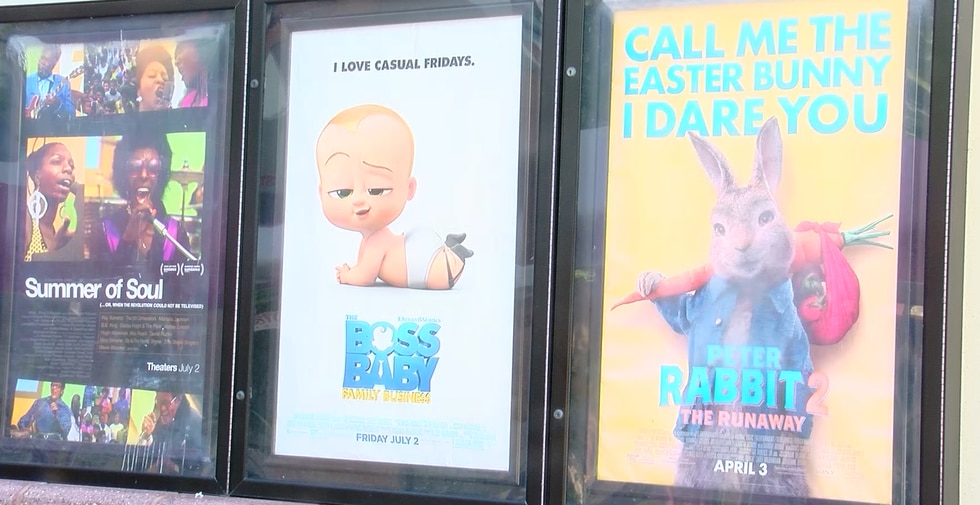 Duane Farmer, managing director of Grand 14 Cinema, says he sees more people coming back to the cinema, but not as many as he had hoped. However, he’s optimistic that more people will return to theaters this summer, as there will be a wider selection of blockbuster movies.

Farmer added that after it reopened last November, the theater was performing around 10% of its normal activity. He says part of the reason was that the film selection was slim because Hollywood wasn’t releasing a lot of blockbusters at that time.

“Hollywood was waiting for more theaters to open,” Farmer said.

But now Farmer says the selections are improving and they are performing over 40% of their normal activity. He hopes the movie additions will attract more customers during the summer months.

“Hollywood is finally helping us,” Farmer said. “Fast and Furious 9 has been great for us, The Boss Baby: Family Business was great this weekend. Black Widow is going to attract more people. Hopefully by the end of July we will be back at 50-60% , and in the fall when Hollywood releases all of the major movies, we’re going to be close to 80-90% and 2022 we’ll be back to 100% hopefully. “

Farmer says it’s important to support the film industry because the in-person experience is something that can’t be replaced.

“The only two things that made money during depression were [sic] bars and cinemas, ”Farmer said. “People need to get away from it all. They want to date Tom Cruise and Scarlett Johansson. The kids want to come see The Bossy Baby. We are so happy to be open because they come back with a smile on their face.

Farmer says online streaming services are a big challenge for cinemas like his because a lot of people can watch movies from home.

Because of this, he says it might take a bit longer for the theater to reach its normal peak of activity. But he encourages people to return to their playhouses in person.

“They’re going to miss being in the theater with the people,” Farmer said. “When you sit there with 300 people and you laugh, smile, cry, scream, it’s something to see.”

Farmer added in recent weeks that there has been an increase in the number of people applying. He encourages anyone in need of work to stop and inquire about their current employment opportunities.