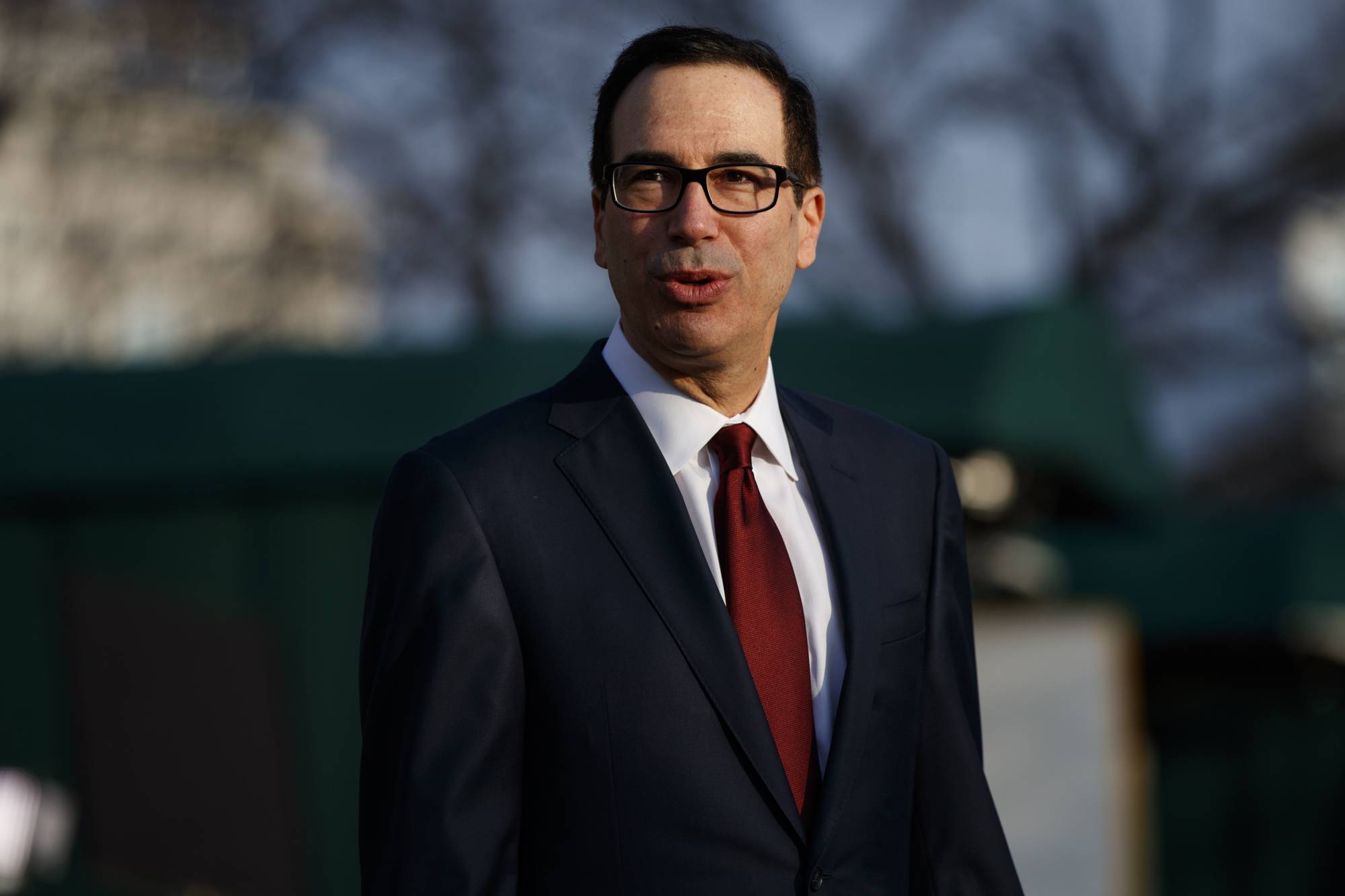 Before the coronavirus, the Postal Service warned Congress it would run out of money by 2024.

But a sharp drop in mail volume during the pandemic has accelerated that timeline, and the agency could run out of money as early as June.

In response to this financial emergency, President Donald Trump enacted a $ 2,000 billion emergency funding bill that would allow the USPS to borrow an additional $ 10 billion from the Treasury Department.

Now House and Senate Democrats have been pushing for the Treasury Department to make these loan payments to the USPS as soon as possible.

USPS officials have told congressional committees the agency could lose up to $ 12.6 billion in mail revenue this year due to the coronavirus pandemic.

“We cannot afford to lose this vital infrastructure at a time when it is most necessary to continue delivering prescription drugs, essential packages to households and businesses, coronavirus information, voting materials by mail, test kits, medical supplies, and possibly vaccines across this country, ”the lawmakers wrote.

The letter asks the Treasury to provide the terms and conditions of the $ 10 billion loan “including information on any postal policies and / or operational arrangements that the Treasury intends to erroneously include as a borrowing condition.” .

In an April 2 interview, Connolly said that prior to the COVID-19 pandemic, the USPS and the Treasury negotiated the lifting of the Postal Service’s borrowing limit. But in return, he said the Treasury had asked for more oversight of the USPS.

“Essentially, the Treasury Department insisted that management responsibilities be transferred from the Postal Service itself, which is a quasi-independent agency, to the Treasury Department. It was an unacceptable condition, and it is a step that we fear to try to privatize the postal service, ”said Connolly.

The letter reminds the Treasury that the USPS Board of Governors has the exclusive power to appoint or remove the Postmaster General or “direct and control spending and review the practices and policies of the Postal Service.”

“We expect the Treasury Department to fully comply with federal laws and refrain from setting conditions that would violate the postal service’s statutory powers. We cannot afford to compromise this lifeline for the elderly, rural areas and all Americans. “

The $ 2 trillion spending bill required that the terms of the $ 10 billion loan be, as the letter states, “by mutual agreement between the [Treasury] Secretary and postal service.

The Postal Service receives no annual credits from Congress and operates on its own revenues.

As a Treasury-led Postal Task Force acknowledged in December 2018 that the Postal Service faces significant long-term business challenges, the Trump administration has resisted efforts to fund the agency’s turnaround. .

Margaret Weichert, former deputy director of management at the Bureau of Management and Budget, told a Senate committee last year that the postal service should continue to maintain itself “as a fully funded capacity”.

In a broad government reform plan released in June 2018, the White House also proposed to restrict and privatize the postal service, but the administration has since canceled that plan.

An in-house version of the emergency spending bill would have set aside $ 25 billion for the USPS through September 2022, canceled the Postal Service’s $ 11 billion debt to the Treasury Department, and allowed the agency to borrow an additional $ 15 billion.

The bill would also have eliminated an annual borrowing limit of $ 3 billion for this line of credit from the Treasury.

Connolly said House lawmakers will continue to push for further financial relief from the Postal Service in a fourth round of emerging spending when the House and Senate meet again on April 20.

In the meantime, some lawmakers have also made known their priorities.

Last Tuesday, Representative Joe Neguse (D-Colo.) Introduced a bill that would also provide the USPS with a one-time emergency credit of $ 25 billion.

“As this public health emergency worsens, our frontline postal workers remain vulnerable to the coronavirus and our post offices need immediate support to maintain on-time and consistent deliveries for customers who are in quarantine or vulnerable. and depend on the courier for essential supplies and food. Neguse said in a statement.