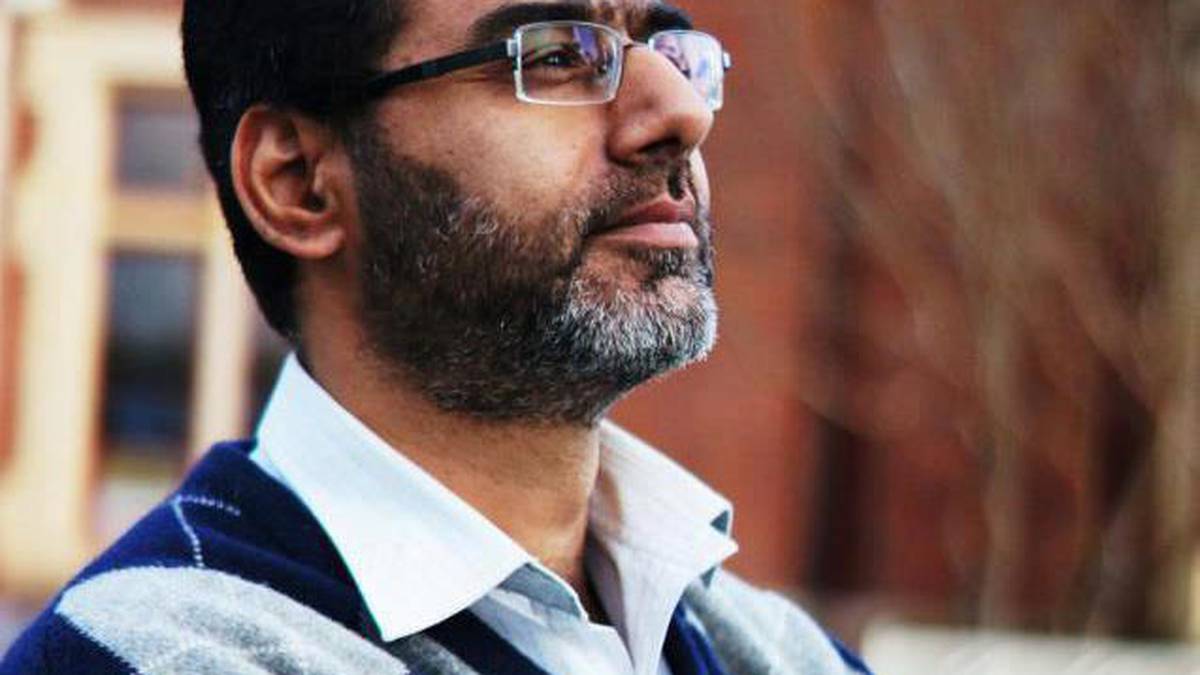 This is Naeem Rashid, who sacrificed himself while trying to disarm the terrorist who opened fire on worshipers in Christchurch. Photo / Supplied

These are the words Ambreen Naeem used to describe a film project based on the deadly terrorist attack on March 15, where her husband Naeem and son Talha were killed.

A first copy of the draft script for the planned Hollywood film “They Are Us” was leaked to Newshub.

The attack spans 17 of 124 pages and depicts 15 dead in detail and many more injured, Newshub reported.

The script was shown to three families who lost loved ones that day.

The script version opens with a description of the shoes outside of Al Noor Mosque in Christchurch and the date March 15, 2019.

The draft script describes the terrorist’s presence in the film as a “jarring image” and a “defocused figure”, while a writer’s note states that all lightning strikes were to be accompanied by a “jarring sound and disturbing “.

The script goes to a farm in Christchurch, where a man – named Khaled Mustafa – strokes a thoroughbred stallion and watches his son Hamza, who is playing with a soccer ball.

But Hamza wasn’t playing football that day, he was in school.

In the script, Khaled and Hamza are depicted dead in each other’s arms in the mosque.

But they did not die together in the mosque.

“They change the facts. They make their own facts. It is not true what I read in that scene,” Salwa told Newshub.

Salwa was not approached by the producers of the film.

One of the heroes of March 15 is Naeem Rashid, who attempted to grab the terrorist’s weapon – but that heroism is not included in this script.

“No one even bothered to ask us. It is unethical, totally immoral and unacceptable,” said Naeem’s widow Ambreen.

Talha Naeem, son of Ambreen and Naeem, was also killed in the terrorist attack.

“Hollywood doesn’t have the right to portray them as they see fit. They can’t just create a fake story… just to make money.

“I was shaking when I read, it was so horrible. I can’t believe anyone could even create this.”

In the film’s released synopsis, producer Ayman Jamal said: “In a mirror of New Zealand’s own approach, during the film, the shooter is never shown and his name is never mentioned. “

But a director’s note in the script obtained by Newshub said that a “lack of clear visual context for the shooter somehow makes the event more shocking, more frightening – we are left mainly with the brutality of the sound of the gunfire. incessant “.

Maha Elmadani, who lost his father Ali in the attack, said keeping the terrorist’s face in the dark “only adds to this notoriety”.

“It makes it all more obvious, that the whole point of this movie is to create a great drama and turn it into some kind of horror movie.”

The script describes a “cacophony of gunshots and shell casings ricocheting off the floor and walls, pouring rain”.

Maha said she couldn’t see how the film was different from the live broadcast, while Salwa said it was worse.

Salwa said a film based on this script could inspire other white supremacists – and she feared what that would mean for the March 15 terrorist.

“He will be very proud of himself. He will think he won and that will add to his notoriety.”

Jacinda Ardern is reportedly played by Australian actress Rose Byrne – and Salwa has asked Byrne to step into her shoes.

The producers say the script is still in development and subject to change.

Producer Ayman Jamal told Newshub today that they wholeheartedly respect any family of victims who do not want to share their story and will not mention or feature the stories of their loved ones.