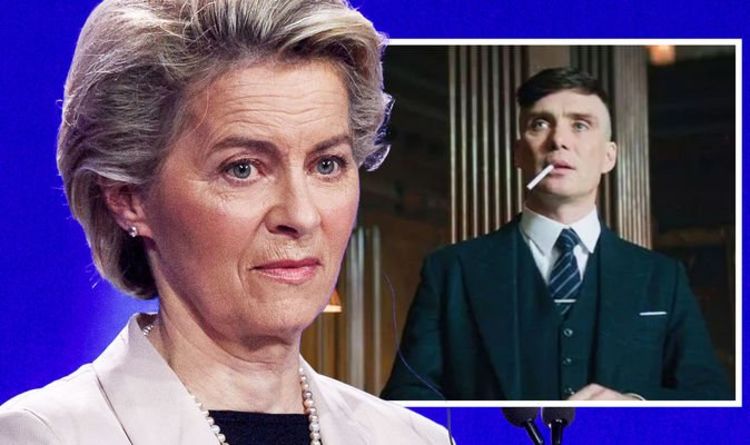 John McVay is the Managing Director of Pact, the trade body for UK television and film producers. He said any move to remove UK-made content from its “European” designation would prove “counterproductive” to the continent’s economy and its cultural status.

EU membership is not a requirement for the “European” designation, so it should not have been affected by Brexit.

But a document leaked this week revealed a Brussels plot to remove UK status – despite the great popularity of British TV shows across the continent.

Mr Mcvay told the Telegraph: ‘This appears to be a very short-sighted protectionist step by French producers and others, probably to seek to somehow exclude UK programming from their market. .

“If there is something that makes it more difficult for one of my members to co-produce with someone in France, then we’ll always find someone to do it with.

If passed, the regulation would remove the UK from the list, putting it in the same category as US shows which get much less airtime overall.

The “counterproductive” plan comes as the UK is a world leader in television and film production.

Last year £ 2.8bn was spent in the country to produce premium shows and films, with £ 2.36bn from overseas companies.

And far from hurting the UK industry, Mr McVay said mainland producers and viewers were much more likely to suffer.

He said: “You have to keep in mind that Midsomer Murders is one of the most popular dramas on German television.

“And if you’re a big German commercial broadcaster and you have a choice between a fantastic show like Line of Duty, which attracts a big audience to you, or buying something less good in France, are you really going to cut your nose to upset your face? “

He told Express.co.uk: “That sums up the protectionist and petty club that is the European Union.

“They even now want to censor content their citizens can see – thank goodness we’re gone! “

“The EU can force companies to list films, but not force consumers to watch.”

Under a cross-border treaty, content produced in the UK is currently considered a “European work”, which means that it can be sold on the continent.