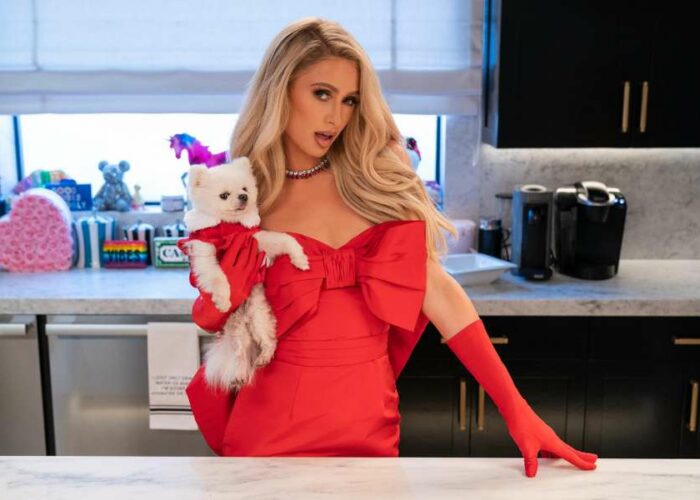 With so many streaming platforms vying to grab the attention of viewers, it’s not easy to keep up with the seemingly endless stream of new movies and TV shows that come out every month.

To start August on the right note, we’re breaking down the biggest highlights from upcoming releases, from scary movies to the most animated new shows.

Here are nine shows you should preview soon:

We should have known 2020 was going to be weird when it started with Paris Hilton inexperienced cooking in people’s hearts with lasagna. The bizarre viral video racked up 5 million views and got the heiress and star of “Repo: The Genetic Opera,” a six-part cooking show on Netflix. Everyone involved admits it will be at least partially disastrous, but it will likely reassure viewers about all that homemade sourdough bread they ruined during the pandemic shutdown. Not me, of course. Mine came out perfect.

Check this out: Culinary show. Premieres Wednesday August 4 on Netflix.

Gay conversion therapy is one of the darkest marks of modern Christianity, with the nefarious practice now outright banned in 20 states and Washington, DC director Kristine Stolakis, a Stanford alum, making her debut in a feature-length documentary with “Pray Away”, executive- produced by Ryan Murphy (“American Horror Story”, “Halston”). The film centers on Exodus International, one of the largest Christian gay conversion groups in the country. It will likely be a tough watch, with many former members speaking candidly about the horrific abuse they suffered.

Check this out: Documentary. Premieres Tuesday August 3 on Netflix.

Summer isn’t a big time for horror movie releases, but we’re getting at least one schemer from France. Director Just Philippot decided the plague wasn’t enough for us last year and added a plague story into the mix with “The Swarm”. The film follows a single mother (played by Suliane Brahim), who tries to save her family farm from bankruptcy by developing a line of gourmet edible grasshoppers. Snacks become snacks as grasshoppers learn to love the taste of human blood. It sounds like a man-against-nature pedestrian movie, but Brahim seems to have infused a huge amount of bewildering personality into the swarm, turning her more into a modern-day Willard than an unfortunate heroine.

Check this out: Horror. Premieres Friday August 6 on Netflix.

Marvel and Disney + had an unbroken streak of TV hits in 2021, and “What if…? Is one of the most anticipated offers to date. The animated series will examine possible alternate universe versions of Marvel characters, such as Peggy Carter receiving the Super Soldier serum or T’Challa becoming the Star-Lord of the Guardians of the Galaxy. The latter is particularly poignant as this project was the last time Chadwick Boseman played the role before his untimely death.

Check this out: Animated series. Premieres August 11 on Disney +.

Oakland High School’s Class of 2020 graduated in what can only be described as a rough patch and in “Homeroom,” director Peter Nicks follows the lives of several of them as they navigate their way through. one of the most uncertain adult ages in American history. Nicks is a master of East Bay storytelling, having faced the Police Department in “The Force” and Highland Hospital in “The Waiting Room”. He has a perfect record of showing how massive systems affect the lives of ordinary people, particularly in the San Francisco Bay Area; “Homeroom” will certainly be just as revealing.

Check this out: Documentary. Premieres August 12 on Hulu and in select theaters.

“Marlon Wayans: You know what it is”

The public will finally be able to see the first fruits of a major agreement signed by Marlon Wayans with HBO Max a year ago, with his return to the stand-up scene. In what will hopefully be an in-depth examination of one of the most underrated and underrated artistic talents of our time, Wayans plans to explore fatherhood and bad life decisions in the new special. The actor is also expected to star and produce a new scripted series for the streamer, which will premiere soon.

Check this out: Special comedy. Premieres August 19 on HBO Max.

“Big Little Lies” transformed Nicole Kidman from movie star to titan of the prestige television series. She is now back with a new limited series based on a novel by Liane Moriarty, “Nine Perfect Strangers”. This time, Kidman is part of a cast who visits a remote wellness center to heal himself, only to uncover great secrets hidden beneath the surface. With a phenomenal cast that includes Melissa McCarthy (“Bridesmaids,” “Can you ever forgive me?”) And Manny Jacinto (“The Right Place”), it will be interesting to see if Hulu can capture the same atmospheric magic. that “Big Little Lies.”

Check this out: Limited series. Premieres August 19 on Hulu.

Have you ever wondered what David Benioff and DB Weiss were doing since the end of “Game of Thrones”? Well, one of those things is the Sandra Oh directed drama comedy “The Chair”. The six-part miniseries stars Oh as the first woman of color to lead the English department at an Ivy League college. Plot details are being kept under wraps, but from the teasers that have been released so far, it looks like Oh will bring Tyrion Lannister boastfulness to academia, along with a few pitfalls.

Check this out: The comedy. Premieres August 20 on Netflix.

Who will survive and what will their mixtape be like? Four Glasgow boys, including an aspiring DJ, set off camping in the Scottish Highlands in an attempt to win the Duke of Edinburgh’s Award for Self-Improvement, but they suddenly find themselves harassed by a strange masked nobleman (Eddie Izzard) who is hunting them as prey. It sounds grim, but the film is actually a dark comedy where the boys have to improvise their retaliatory methods, with often hilarious results. Part social commentary and teen hip-hop flick, the film was a resounding success on the festival circuit.