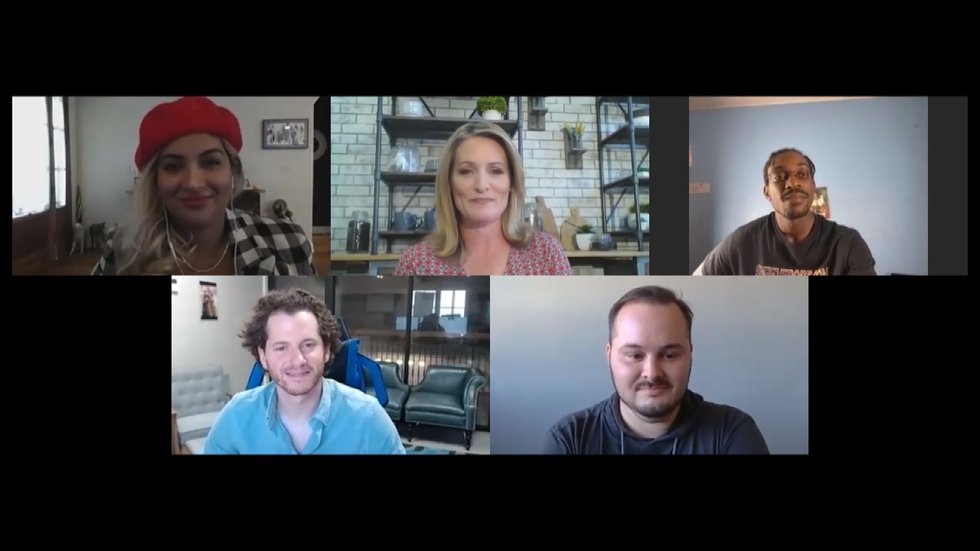 The films selected for this year’s Top 20 come from a wide variety of filmmakers, many of whom are new to the film scene.

“This is my first year in a film award and this is my first year of directing,” said Mark D. Bonner, a Shreveport native who directed the film title Shreveport Son. “The movie is basically about two high school friends who got together after living in Shreveport. They find that connection they had when they were children, in the last year, to everything that takes place in adulthood.

Bonner said he has been passionate about acting and film for years, but this is his first time writing, acting, producing and directing a movie.

“It was a lot of work, a lot more than I expected.”

Jacob and Jaya McSharma are no strangers to the Film Prize, which presented short films in 2018, 2019 and 2021. All three times the married duo finished in the Top 20.

This year, they explored another direction with their film.

“This movie is called Nana Ki Dum, which translates to ‘her grandfather is her favorite’,” Jaya said. “It’s basically the relationship between a new mom who grew up in America and her very stereotypical traditional Indian dad. They have very different ideas about raising children. Just kind of an exploration of the tension between these things and how it can end up bringing someone closer or not. “

Jacob McSharma has stated that he was able to direct this film after starring in the previous two.

“It gradually changes from the script phase where it was a little more comedic,” he said. “There were still a few jokes and punchlines that you would have heard in our latest shorts. But even when we were on set I started to feel that it wasn’t the right tone and even more so once we got into the cut, it felt like the story was starting to unfold.

First-time director Melissa Goslin, whose movie “MOMento” made the Top 20. She entered after a bet she made with her son.

Matthew Carona is also a Film Prize debutant. He shot, edited and directed a short film called “Independence” based on his hometown of Independence, Louisiana.

“Our idea really came from the community of Independence commune. The city, in its early days, was known for its Italian settlers, ”Carona said. “The movie follows a man who just lost his father and he faces the stages after that and he also remembers how he lost his city.”

Online viewing of the Top 20 Movies has already started, but the Film Prize is taking to the streets of Shreveport on Friday and Saturday October 1 and 2. The winner will be announced on Sunday October 3.

Remember Prize Fest wants to make sure everyone is safe this year, so they ask for a negative COVID test or proof of vaccination from everyone. If you prefer to watch online, click here.